Home 5 Critical Strategies for a Successful Procurement or Purchasing Negotiation

Business negotiation can make or break a crucial contract deal. It is thus important for procurement or purchasing professionals to be creative when negotiating in a business setting. Business negotiation strategies require breaking the problem into smaller parts, considering unusual deal terms, and having your team to brainstorm new ideas.

The Distributive Type of Negotiation

The term distributive means giving out or the scattering of things. By its mere nature, there is a limit or finite amount in the things being distributed or divided amongst the people involved. Hence, this type of negotiation is often referred to as “The Fixed Pie”.

There is only so much to go around, but the proportion to be distributed is limited but also variable. In the real world of negotiations, two parties face off with the goal of getting as much as possible.

The seller wants to go after the best price they can obtain, whilst the buyer wants to pay the lowest price to achieve the best bargain. This is really just good old plain haggling, which is just like from playing a tug of war.

The Integrative Type of Negotiation

The word integrative means joining several parts into a whole. This concept implies some form of cooperation, or a joining of forces to achieve something bigger together. Usually this involves a high degree of trust and forming of a relationship.

Both parties want to walk away feeling that they have achieved something which has value by getting what each wants. Ideally, this is a twofold process. In the real world of business, the results often tilt in favour of one party over the other because it is unlikely that both parties will come to the table at even strength, when they begin the talks.

The diagram above shows an enlarged pie which is the resultant effect of an integrative negotiation.

Nonetheless, there are many advantages to be gained by both parties, when they take a cooperative approach to mutual problem solving.

The process generally involves some form or combination of making value for value concessions, in conjunction with creative problem solving. Generally, this form of negotiation is looking down the road, for both parties to form a long-term relationship that will create mutual gain. It is often described as the “win-win” scenario.

The diagram above shows the stages in developing the integrative negotiation process, and that procurement professionals should adopt the practices of integrative thinkers.

When a supplier puts only one offer on the table at a time, the supplier will learn very little if the buyer turns it down. If the supplier refuses all offers, then perhaps the buyer could ask which is the supplier’s preferred choice. 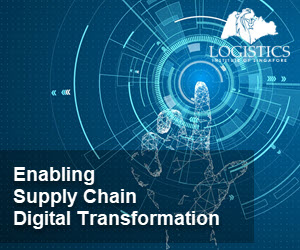 The preference for a specific offer should give the buyer a strong clue about where to find value-creating, win-win trades and generate mutual gain. In addition to identifying potential win-win moves, when the supplier makes multiple offers simultaneously, this shows that the suppliers can be accommodating and flexible, as well as a desire to understand the buyer’s preferences and needs.

Negotiation Strategy of Including a Matching Right

When negotiation, including a matching right in the contract is a guarantee that one side can match any offer that the other side later receives, and this can be a classic win-win move. For example, you want to keep the ability to sell the apartment to someone else in the future, whilst a prospective tenant wants a commitment to rent the apartment for as long as she wants.

By offering the tenant a matching right, this gives the power to match any legitimate third-party offer, and allow the landlord to preserve the flexibility while giving the tenant the opportunity to avoid the disruption of a move. In this manner, matching rights can improve the odds of a win-win agreement.

In negotiation, parties often reach impasse because they have different beliefs about the likelihood of future events. Contingent commitments often create incentives for compliance or penalties for noncompliance. To add a contingent agreement to the contract, begin by having both sides write out their own scenarios of how they expect the future to unfold. Based on such expectations, both parties can attempt to negotiate the requirements that seem appropriate to each scenario.

Finally, include both the scenarios and the negotiated repercussions and rewards in your contract. A contingent agreement can greatly increase your odds of being satisfied with whatever remedies are in place and help generate a win-win deal.

Because not all future events can be anticipated with contingent agreements, another way to foster a win-win agreement is to include liquidated damages clauses in your contract that stipulate how much will be paid if the contract is breached.

Consider that if one party sues the other side for breach of contract down the line, the plaintiff (if she wins) will be awarded monetary damages rather than the specific goods or services that were lost. Therefore, negotiating upfront exactly how much will be paid for each late or missed delivery, for example, may streamline any alternative dispute-resolution measures or lawsuits that arise.

In addition, negotiating damages puts a new issue on the table and thus expands the potential for value creation. In this manner, adding new issues to the mix increases the opportunity for win-win negotiations.

Always ask the other party to take another look at the agreement to see if it can be made better. Explain to your counterpart that both party are free to reject a revised deal if it does not improve the desired outcomes of both party.

This type of post-settlement settlement can lead to new sources of value to divide between both party. It can also help to generate a win-win contract. The success in hammering out an initial agreement could be crucial to establish the trust needed to explore the possibility of an even stronger deal.

Win-win negotiations are those negotiations in which each party walks away from the bargaining table having achieved its goals within the confines of an integrative, or value-creating, bargaining process rather than through a haggling, or distributive, bargaining process. Win-win strategies are all about increasing the other party’s satisfaction even as a procurement professional has achieved the desired outcome.

A procurement professional should learn to compromise to the best extent possible. However, one must know where and which areas to compromise as it is important to reach to an agreement that will avoid conflict and misunderstanding.

If both party are rigid on their views, then no agreement will be concluded. For a win-win negotiation, it is better that individuals try to adjust with each other in such a way that both parties are benefited and meets their expectation.

Poh, Philip (1988), “Defining and Clarifying the use of Terminologies”, International Federation of Purchasing and Materials Management conference, Brisbane.

About the Author: Martina has substantive years of experience in the professional field of procurement. The nature of her work requires her to be actively involved in procurement negotiations with suppliers. Martina is a member of the Singapore Institute of Purchasing and Materials Management (SIPMM), and is currently completing the course on Diploma in Purchasing and Materials Management (DPMM) at SIPMM Academy. 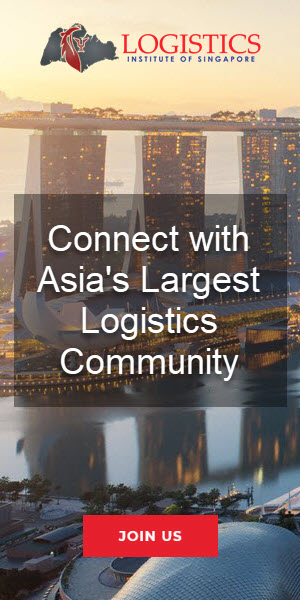